Eight patients suffered complications such as secondary horseshoe ankle, metatarsophalangeal joint dislocation, foot varus and claw toes, which were too severe to be corrected simply via soft tissue treatment. These eight patients with severe CS complications were the subjects of this study. 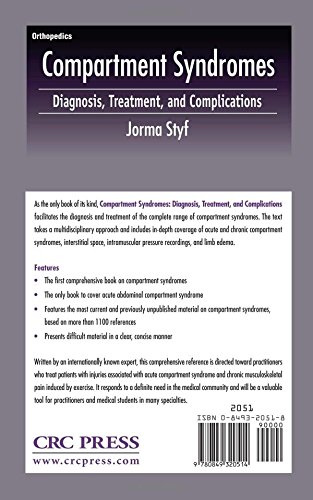 This procedure was performed repeatedly if necessary. After thorough removal of necrotic tissues, wounds were closed via suturing, or in some cases via skin grafting. Within one week after the first wound debridement procedure, all eight patients wore foot drop correction braces Beijing Yian Cubic Medical Tech.

When their ankles could reach the neutral position, the Ilizarov external frames were removed. When the patients practiced walking, their affected feet were further protected by orthopedic insoles to prevent neuropathic ulcers. Correction of foot deformity was carried out by traumatic orthopedic surgeons three months after the wound was stable skin integrity, no ulcers or recurrence of infection. Under spinal or epidural anesthesia, the patient was positioned supine. Then, an assembled and sterilized Ilizarov external frame non-limiting adaptive multidimensional arthrodesis orthotics, Beijing Yian Cubic Medical Tech.

On the third day after surgery, patients were instructed to take care of the implanted needles and practice interphalangeal joint dorsiflexion. By moving the nuts along the rods gradually towards the ends, the ring around the feet could pivot on the ankle and assist progressive ankle dorsiflexion. Then, autogenous cancellous bones were implanted between two truncated bone ends, which were further fortified with an external fixator to press the bone ends together.

Claw toe deformity was corrected by proximal interphalangeal PIP joint resection arthroplasty, while claw toe deformity was corrected by flexor hallucis longus tendon lengthening surgery and metatarsophalangeal joint arthroplasty. Neuropathic ulcers were treated with wound dressings and with local flap grafting if necessary. Before admission to our hospital, five of eight patients were injured in car accidents, two by crush injuries, and one by sharp blades.

Two patients had injuries in the right lower limbs and 6 patients had injuries in left lower limbs. Seven patients had bone fractures. All eight patients had damaged nerves, and peroneal nerve was badly severed in one patient. Five patients had impaired superficial and deep peroneal nerves due to secondary CS on their front and outer legs; two patients suffered superficial peroneal, deep and posterior tibial nerve injuries because of the involvement of multiple compartments, and one of them had sciatic nerve injury; four patients who had impaired blood vessels at the time of injury had vascular reconstruction surgeries at local hospitals; six patients had necrotic muscles of just the anterior and lateral compartments, while two other patients had necrosis in all lower leg muscles except for the gastrocnemius.

Immediately after admission to our hospital, all patients had wound debridement 2—4 times to remove necrotic tissues completely. All patients had various complications after discharge from the hospital. In two patients, neuropathic ulcers on the fifth metatarsal were improved following changing wound dressings. The clubfoot was rectified to the neutral position in Ilizarov external frames for all eight patients. When wearing Ilizarov external frames, four patients experienced claw toes, which were corrected by tendon lengthening and arthroplasty.

Among all eight patients, six patients gradually resumed normal weight-bearing walking. The other two patients had severe clubfoot and received osteotomy and ankle fusion for permanent correction, and resumed walking. A year-old male patient with lower limb CS was transferred to our burn unit on the third day post-trauma.

The medial appearance after the application of Ilizarov fixator.

Wounds in the inner side of his leg were sutured, while the wound in the outer side was closed with a piece of skin graft Fig. This patient used crutches to practice weight-bearing walking with the assistance of an orthopedic brace to prevent foot drop.

One month later, neurological ulcers appeared on his fifth metatarsal base and were improved following changing wound dressings. The brace to prevent foot drop was then removed when the Ilizarov external frame was installed in order to stretch the muscles. However, this procedure induced claw toes on No. Three months later, his ankle went back to neutral position. The patient was hospitalized again for Ilizarov frame adjustment, ankle fusion, lengthening flexor hallucis longus tendon of his first toe, metatarsophalangeal joint arthroplasty, and PIP joint resection of his No.

Six months later, Ilizarov frame was removed, and the patient resumed normal weight-bearing walking with the assistance of an anti-ulcer insole Fig. Acute CS of the lower leg is not widely reported, but its potential complications can develop after fractures, crush injury, or traumatic injury. Long-term devastating complications are known to seriously impede the mobility of the patients and the quality of life.

CS related disabilities and even death were reported if the diagnoses and treatments were seriously delayed [ 11 , 12 ].

All eight patients in this study suffered severe CS due to different traumatic injuries. They all had bone fractures and nerve injuries of various extents, damaged vascular and necrotic muscles, as well as severe clubfoot on their affected legs. Even after fasciotomy and other surgical treatment at local hospitals, they still experienced severe tissue dysfunctions and foot deformities, which required further wound treatment and multiple surgeries to achieve anatomical and functional recovery. In this study, we combined a series of treatments that covered every course of CS development and achieved satisfactory clinical outcomes in all patients.

A report of two cases. Did continuous femoral and sciatic nerve block obscure the diagnosis or delay the treatment of acute lower leg compartment syndrome?